You are here: Home / Startup & Funding Tips / Will Angel Investors Put Their Money in a SAFE? 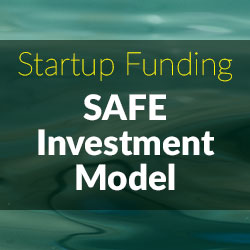 One of the age-old problems for startup entrepreneurs in recruiting angel investors is putting a value on their company. Startups happen because the entrepreneurs think they have a great idea for tapping a lucrative market. If they executive on their plan, they think their company will be valuable.
Angel investors have heard it all before. Great ideas new great execution, a stellar team, fortunate market timing and a little luck to hit it big. Roughly 90 percent of all startups will fail, so the value an angel investor will put on a pre-revenue startup is usually heavily discounted.

The SAFE agreement (an acronym for “Simple Agreement for Future Equity”) is one recent development that tries to bridge the gap between the entrepreneur’s optimistic vision of future value and the angel investor’s pessimistic appraisal of risk.

First introduced by Silicon Valley incubation firm Y-Combinator (an organization that claims to have funded more than 800 startups since 2005 with a combined valuation of more than $30 billion) the SAFE agreement gives the investor a non-quantifiable equity interest in the issuer that will convert into preferred stock at a defined conversion rate when the next qualified investment round occurs.

In many ways the SAFE Agreement functions much like a convertible note. The investor puts money to work and eventually converts into equity at a valuation determined by a subsequent group of investors who have the benefit of hindsight.

Unlike a convertible note, however, the money invested in the SAFE does not accrue interest, thereby benefiting the issuer. Also, without having a debt overhang the startup is better able to borrow money later if needed. 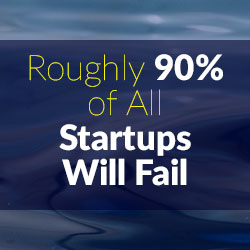 The SAFE is also different from a convertible note because the SAFE has no maturity date and never expires. If the startup thrives and reaches its financial goals without the need of additional investment, so much the better. The SAFE investor continues to hold its SAFE security with the conversion rights entailed.

The SAFE investment model seems to have received more acceptance on the west coast. Many angel investors on the east coast are just becoming acquainted with the model, so some early stage companies may experience some delays as they explain the model to some early stage investors.

It is also not clear how well accepted the SAFE model will be for crowdfunding (and quasi-crowdfunding) platforms such as Angel List, SeedInvest and others. Some of the investors on those platforms are less sophisticated than others and it’s possible that a SAFE offering on a Web platform, which certainly is permitted under SEC Rule 506(c), may require some extra explanation and socializing.

9 Questions When Dividing Founder Equity
Understanding What You Are Giving to Your Startup Accelerators: They May be More Expensive Than You ...
Should We Be Practicing SAFE Investments?
Startups Gone Wrong: What Happens in a Liquidation and Who Gets Paid