You are here: Home / Archives for portfolio construction and management 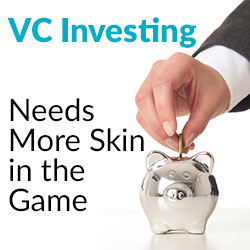 Nothing is more motivating than having a personal stake in a business, without this, the incentive to deliver top performance just isn’t there. Analysts and Limited Partners (LPs) are beginning to realize that traditional venture capital models might be broken, specifically, because General Partners (GPs) don’t have enough skin in the game. Venture capital, as an industry, has consistently underperformed liquid indices like the Nasdaq 100 and the Russell 2000 over the past decade. Recent Ernst and Young surveys indicate that 89 percent of LP respondents do not expect to see any noticeable improvement in the industry’s performance. With potential legislative changes and innovations in crowd finance on the horizon, mid to low quartile funds that are unable to differentiate themselves will be left behind.

It is not the practice of venture investing that is broken, but rather an inability for GPs to adapt the structure of the traditional venture fund model. Specifically the “2 & 20” compensation structure, 10 year lock up periods and incentives that reward fund size and quantity over performance. In brief, LPs do not expect to compensate GPs like assets managers, but rather like investors.

Beginning with size and compensation, if a fund is large enough ($250M or larger), a 2 percent yearly management fee ensures that GPs will be thoroughly compensated regardless of whether or not they make a profit from their 20 percent carry. This lack of performance motivator was verified by Silicon Valley Bank’s study of capital returns from 850 randomly selected venture funds spanning from 1981 to 2007, which revealed that 93 percent of surveyed venture funds holding over $500M in commitments consistently failed to return twice the invested capital after fees. And venture funds that held commitments lower than $250M were six times more likely to return twice the invested capital, after fees, than larger venture funds. Demonstrating that in the existing venture capital market, smaller is better because GPs generally have some skin in the game with smaller funds and reap rewards of the profits they deliver.

Today, legislative changes and advances in crowd-finance are bringing enhanced transparency to the industry. AngelList, for example, allows individuals and institutions to invest alongside industry notables and celebrities, via syndicates, under a similar 20 percent to 25 percent carried interest model, without the 2 percent yearly management fee. These changes to the industry will likely result in:

In response to the changing marketplace my company, AKT IP Ventures, has developed an alternative to the traditional venture capital model. We are a 360 Incubator and early stage venture fund that invests both money and experienced teams to transform patent-based ideas into successful businesses. Our model functionally covers the full life cycle of a business – from prototype to strategic product development, to market placement, to sales and ultimately to seeing the business out to exit.

We derive only a 1.5 percent management fee and our fund’s lock-up period is only 5 years. We also offer LPs in universities and NPE funds the added bonus of unique domain expertise that can be used to transform select IP portfolios into thriving businesses. We are able to do this because by fusing our GP with the operator and time early stage opportunities more accurately.

The existing model of VC is unsustainable and industry is ripe for change. Over the last decade 60 percent of venture capital professionals have left the industry.  Venture need to consider positioning themselves around niche, or themed investments that can directly deliver value to LPs beyond a mere return. But most importantly LPs should insist that fund GPs have some real skin in the game if they hope to remain competitive in the future.

The Venture Capital community has never been one to accept arbitrary limitations, but until very recently, VCs didn’t have a lot of options in tailoring their online brands. That is about to change, with the launch of a .CAPITAL Internet domain, targeted at least partly at the VC community. 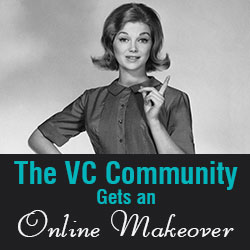 After years in development and countless policy hurdles, the era of new Internet domains is finally upon us. The arrival of new web suffixes – officially known as generic top-level domains (gTLDs) – presents users with unprecedented choices for how they identify and brand themselves online. As luck would have it, one of the first steps in the giant expansion of the Internet’s global addressing system takes place in the venture capital field.

Beginning July 9, companies and individuals worldwide will be able to register Internet domains ending in .CAPITAL. Donuts Inc. – the world’s leading registry for new Internet domains – is rolling out the domain as part of its global effort to expand the functionality and choice of the global Domain Name System.

For VCs and others in the community this creates a unique opportunity to build new online identities and enhance existing ones. In the future, it will probably make more sense for, as an example, ACME Capital to register ACME.capital than ACMEventurecapital.com, or whatever variant they can find in existing domains.

For anyone who’s ever tried to search for a short, relevant .COM address, the appeal of highly targeted, industry- and sector-specific address extensions is as obvious as most new .COM names are long. The Internet Corporation for Assigned Names and Numbers, which manages the Internet’s global addressing system, approves and oversees all Donuts domains which, from a user standpoint, function in precisely the same way that .COM or any other legacy domain does.

Indeed, the key functional difference between new domains and their legacy forbearers is that they contain significantly stronger contractual protections against fraud and misuse. ICANN has taken significant steps to ensure that domains like .CAPITAL don’t become targets for cybersquatting and other offenses, and Donuts has gone a step further still offering voluntary rights protection tools to brand owners that don’t want to see their marks registered in new domains.

Most of the world’s major registrars sell Donuts domains alongside the old standbys of .COM, .NET and .ORG, and many also provide access to key rights-protection options. Before July 9, VCs also have the opportunity to participate in the .CAPITAL “sunrise” process which allows users to pre-register their existing trademark names in .CAPITAL ahead of the general availability period.  Contact your favorite registrar for more information and to prepare for a new Internet identity in .CAPITAL.