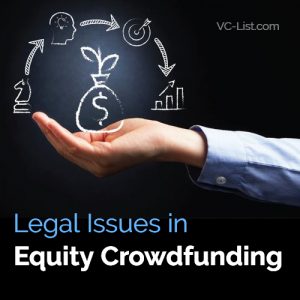 Over the last decade, crowdfunding, a new method of raising capital, has gained widespread popularity.  Crowdfunding is a means through which a company may raise small amounts of money from a large number of “unsophisticated” individuals; in other words, raise capital from the “crowd”.  The passage of new crowdfunding regulations by the SEC discussed herein represents a change in policy from the Securities Act of 1933, which made it illegal to engage in a “public offering” of securities without onerous regulation.  The term “public offering” however, is a somewhat illusive term as it remains undefined under the law.  Over the last 100 years or so, the term “public offerings” has been subject to various forms of clarification, as well additional regulation, such as Regulation D, which provides a safe harbor from certain disclosure requirements.  In 2012 the regulatory framework shifted when Congress passed the Jumpstart Our Business Startup Act (“JOBS Act”).  In the following paragraphs we will outline the history of crowdfunding and the implications of Title III of the JOBS Act[1] (“Title III”) in allowing this practice to flourish.

In the early days of crowdfunding, companies, often consumer product companies, raised capital in exchange for a contribution or donation from individuals.  Often known as perk-based crowdfunding, the investor did not receive equity ownership in the company.  Rather, they received an incentive – an early version of the product, a discount, a credit, or something similar. Stated in another way, the exchange is capital for the perk, the investor did not receive any participation in the success of the venture.  This was, and still is, done through an online portal, the most recognizable being Kickstarter [https://www.kickstarter.com/] and Indiegogo [https://www.indiegogo.com/].

In 2012 the crowdfunding model shifted with Congress’ passage of the JOBS Act.  The purpose of the JOBS Act was to entice more investment into startup businesses and entrepreneurship, softening previously existing barriers to entry to startup investing.  In October of 2015, the SEC adopted Title III (often referred to as Regulation Crowdfunding or Reg CF).  This law effectively created a new exemption from the Securities Act of 1933, and companies were officially able to use this exemption as of May 16, 2016.  The new exemption allowed companies to raise small amounts capital from large numbers of individuals, via crowdfunding, in exchange for equity ownership in the company (unlike the perk system outlined above).  Specifically, an investor is now able to receive equity ownership, along with the rights and responsibilities of being a shareholder, including rights to vote and payments of dividends or distributions.  Alas, the common investor has a new opportunity to participate in the success of the business they helped launch.

Prior to the JOBS Act, companies were incentivized to restrict their investor base to “Accredited Investors”; individuals with, amongst other criteria, an annual income of at least $200,000.00 (or $300,000.00 if married), or someone who has a net worth of at least $1,000,000.00 (due to reasons and policy beyond the scope of this article).  The JOBS Act, and specifically Title III, is a nationwide regulation that provides clear guidelines for raising capital from non-Accredited investors. The benefits are two-fold; for the company, which now has a larger pool of individuals to seek investment from and, for individuals, providing meaningful access to private company investment opportunities previously limited to a small sect of wealthy and experienced investors.  In order for a company to take advantage of the JOBS Act, and raise capital via equity crowdfunding, Title III lays out certain requirements, with the most important listed below [2]:

While Title III has certainly opened the door for companies to have greater access to capital, and for individuals to invest in companies where they were previously unable, Title III is still in its infancy and has plenty of critics.  Congress has discussed multiple amendments, the most consequential of which would be to increase the offering size allowed under Title III.  Many detractors feel that the requirements and restrictions placed on companies makes equity crowdfunding too expensive to comply with, specifically when compared with the limitations placed on the offering size.

Before fundraising via crowdfunding, it is important for a company to consider all of their options.  This is a great tool, but not right for all companies who must understand their specific needs and capacity.  As a newer form of investment, crowdfunding will undoubtedly be an evolving area of SEC regulation, so it is important for interested parties to monitor the newest regulations to remain compliant, and benefit from the opportunities of this new domain.

Matthew J. Moisan is a partner and Justin G. Lurie is an associate in LeClairRyan, based in the national law firm’s New York City office. Both represent companies in all stages of development, with a particular focus on founding entrepreneurs, tech startups and emerging growth companies. They can be contacted at: matthew.moisan@leclairryan.com or justin.lurie@leclairryan.com

[2] For further information regarding compliance requirements of Title III, you may visit the SEC’s website at  https://www.sec.gov/info/smallbus/secg/rccomplianceguide-051316.htm

Matthew J. Moisan is a partner and Justin B. Lurie is an associate in LeClairRyan, based in the national law firm’s New York City office. Both represent companies in all stages of development, with a particular focus on founding entrepreneurs, tech startups and emerging growth companies. They can be contacted at: matthew.moisan@leclairryan.com or justin.lurie@leclairryan.com