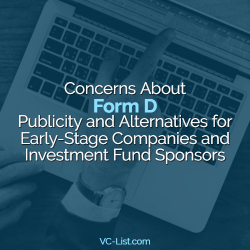 For founders of early-stage companies and sponsors of private investment funds, Regulation D, and particularly Rule 506(b), under the Securities Act of 1933 serves as the primary tool for raising capital.  In fact, the amount of money raised under Regulation D rivals the amount of money raised on the public markets.[1]  The frequent use of Rule 506(b) in capital raising is driven largely by the simplicity of its compliance requirements (including preemption of state securities laws) and the lack of limitations on the amount of capital that can be raised and the number of accredited investors that can participate.  The filing requirement (Form D) is straightforward; however, it does require identification of the company raising capital and its directors and officers, the type of security sold, the minimum investment amount, the total offering amount, the total amount sold, and the number of investors.

It is important to note, however, that while Regulation D relates to “private offerings,” the Form D mentioned above is publicly available.  Companies raising capital under Regulation D will generally file a Form D with the Securities and Exchange Commission (SEC) and the state securities regulatory agency in each state where an investor resides (please note that the state-level filings depend on certain state law requirements, and there may not be a filing requirement in certain states) to perfect the exemption safe harbor provided by Regulation D.  The SEC requires Form D to be filed electronically, and many states have adopted electronic filing as well.

This means that information provided in a Form D is publicly available, and, as a result, there are websites that utilize bots or other automated search tools to scour these EDGAR filings and publicize their findings.

There are circumstances where founders and fund sponsors may not want the details required by Form D to be publicly available, since they could adversely affect their ability to control the capital raising narrative.  Perhaps a founder or sponsor is raising capital for a new venture that is separate from his or her day job, and for a number of reasons is not in a position to discuss that venture with their employer.  For fund sponsors, the capital raise could relate to a small initial fund closing where, for example, they plan to raise $200 million, but hold an initial “friends and family” closing for just $10 million.  The market may view the information in the Form D, that they targeted $200 million but locked up only $10 million, as reflective of a failed fund launch that could taint the market for future investors.  Similar concerns about small capital raises have been expressed by founders of early-stage companies.

If these concerns are significant, fortunately, Regulation D is not the only available option for conducting a capital raise that complies with securities laws.  Section 4(a)(2) of the Securities Act of 1933 relates to transactions by an issuer that do not involve a public offering (i.e., a private offering) and does not include a requirement that the company or sponsor file a Form D.  Rule 506(b) discussed above is a safe harbor under Section 4(a)(2), adopted in 1982 to give issuers certainty about conducting a private placement.  Conversely, the parameters of a Section 4(a)(2) private placement are not specified in a single rule and instead have developed over time through case law and SEC guidance.

The mainstays of Section 4(a)(2) are that (1) the offerees have enough knowledge and experience in finance and business matters either to be able to evaluate the risks and merits of the investment, or to be able to bear the investment’s economic risk; (2) the offerees have access to the type of information normally provided in a prospectus for a registered securities offering; (3) the issuer did not publicly advertise the offering; and (4) although there is no specific limitation, the number of offerees supports the conclusion that no public offering has occurred.

Under many circumstances, an offering that would satisfy the requirements of Rule 506(b) would also qualify as a private placement under Section 4(a)(2).  Although Section 4(a)(2) lacks bright-line rules, the case law and SEC guidance are well developed.

Section 4(a)(2) is not without challenges, however, as it does not benefit from the state securities law preemption available in a Rule 506(b) offering and there may be filing or reporting requirements at the state level (although these filings are generally not publicly available).  This means that a company or sponsor should review the state securities laws in the state where the company or investment fund is domiciled and in each state where an investor resides.

Although a review of state law may add time and expense to an offering, it is not prohibitive in all cases.  Offerings that are limited to accredited investors and in which no commissions are paid to promoters or brokers do not present the types of issues that are of particular concern to state securities regulators.  In those circumstances, issuers will find that many of the state private placement exemption requirements are not onerous, and, further, many states offer self-executing exemptions in which no filing is required.  Additionally, if a founder or sponsor utilizes Section 4(a)(2) for an initial capital raise, they may subsequently rely on Rule 506(b) for later rounds, which would benefit from state law preemption as the investor base expands.

Even though Rule 506(b) is a familiar and simple way to conduct an exempt private placement capital-raising transaction, founders and sponsors should consider the publicity that comes with filing a Form D and explore Section 4(a)(2) and other alternatives with their counsel. 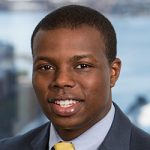 Mario A. Richards is an associate in Venable’s Corporate Practice Group.

Will Angel Investors Put Their Money in a SAFE?
Startups Gone Wrong: What Happens in a Liquidation and Who Gets Paid
You’re Going to Ask for How Much? Think Twice… As Much
Five Pieces of Advice for Budding Entrepreneurs by a fellow Entrepreneur