You are here: Home / Industry News / The Current State of Early-Stage Investing 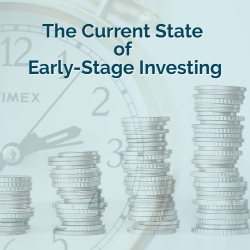 If you found the late-90’s Dot Com bubble confusing, buckle up for the current state of the VC market. The venture capital industry has undergone rapid changes in the past five years, and many are left wondering what’s next as investors are more selective than ever.

Let’s look at last year alone. According to a recent study:

There is a direct correlation between the drop in exits and the rise in mega-round funding, meaning companies are staying private longer — and need the necessary funding to make it to a liquidity event. This shift poses a challenge for VCs. They now have to continue funding business well beyond their optimal return curve so companies can continue operation, which is stressing the term limits of their funds.

With the focus shifting to more developed deals, what does the future look like for early-stage startups and investments?

Before we look into our crystal ball, let’s review how early-stage companies gain capital from the traditional venture model. 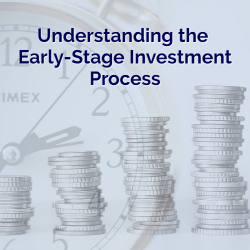 First, early-stage founders must decide if they’ll pursue outside capital for expansion and product validation or if they’ll attempt to go at it alone. Typically, most startups generate enough capital for the earliest stages of development and then seek outside investment. The early-stage investment hierarchy consists of four well-defined stages:

Angels and angel networks do more than provide startups with access to a variety of investors. They also serve as a resource for the investors, giving angels a platform to source deals, get support on due diligence, mentor early-stage companies and provide capital.

There’s a new class of investors that early-stage founders can research called super angels. Super angels (also known as micro-VCs) invest in startups, write bigger checks and have a robust network of relationships that can help cover the $1 million threshold of a seed round. In some cases, the lead super angel continues to support the company as it hits major milestones and needs further capital.

The early-stage investment dynamic has seen its fair share of transformation over the years, but understanding how traditionally early-stage companies seek capital will help us understand the challenges they’re facing in the current market.

Increased inflow of capital into a market is typically a good thing. Too much money, however, is a problem. Given this dynamic, it’s fair to expect that when more money is invested into VCs, the size of checks they’ll write will also grow, causing the funds to move upmarket.  At this point, there is greater capacity to absorb the influx of capital. 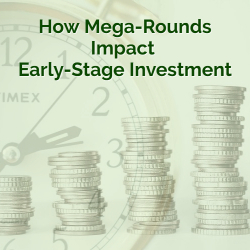 In theory, if capital increases and the number of deals increases, the market will continue to grow and valuations will rise over time based on company fundamentals.

Unfortunately, the number of deals is actually shrinking. This, combined with a growing deal value, means investors will primarily focus their investments into one arena: late-stage deals.

For an early-stage company to even be considered for allocation in this current state, they need to prove growth metrics and their viability of churning high valuations. This is making it nearly impossible for early-stage companies to break through the threshold of stage 3 in the traditional investment process.

With angels limited ability to fund beyond seed rounds, early-stage companies, entrepreneurs and founders lack the necessary resources to make it through the “Valley of Death.” Without adequate funding, companies are unable to fund growth, commercialize and hire the right talent.

Why Early-Stage Investors Should Focus on Venture Development 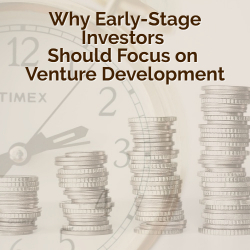 While early stage investing is facing uncertainty, that doesn’t mean investors should write off all early-stage investments entirely. Rather, investors should focus on “venture development” investments. Venture development is a model that focuses on early-stage companies that have smaller funding needs and a high chance of significant returns without the need for large rounds.

Venture development focuses on the following:

Currently, the VC industry as a whole is in a difficult position, and the traditional VC model as well as early-stage companies will suffer if deal and exit volume continues to decline. The venture development model is poised to help early-stage companies, all while reducing risk and shareholder dilution for investors. Without shifting focus, the venture capital industry will continue to underperform.

Flavio Lobato is Principal and Co-Founder of Ikove Capital Partners. Previously, he was an Executive Director at Liongate Capital Management, a $7 billion alternative investment manager based in London and New York. He was also a founder and CIO of Swiss Capital Asset Management in Lugano, managing over $1.5 billion in hedge fund investments for institutional clients. Prior to that, he was a VP at Goldman Sachs & Co. and a Director at Credit Suisse First Boston. He is a student advisor to the Harvard Innovation Lab (I-Lab) and Co-Head of Fintech for Harvard Angels of NYC.