You are here: Home / Archives for Karine Philippon

Karine has more than 10 years of experience in public accounting, with a focus on assisting clients with business acquisitions and audits of middle-market to multinational publicly-traded corporations under IFRS, US GAAP and French GAAP. She has an extensive background serving manufacturing and technology companies as well as service organizations. She has assisted start-up and development stage companies with audit and consulting services as they grew into larger companies and raised capital. Her technology clients are primarily owned by Private Equity or Venture Capital firms. Prior to joining Mazars USA, Karine was a Senior Manager at a large national accounting affiliate of Mazars, where she focused on public and privately-owned manufacturing and technology companies. Previously, she was at Mazars France, giving her extensive insight into international accounting. Karine received her Master degree in Audit from the Universite Paris Dauphine. She is fluent in French and English. 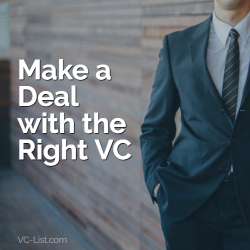 It’s a great day for any entrepreneur when his or her company is finally ready to take an investment from a venture capitalist. However, some entrepreneurs get so excited about the prospect of receiving capital that they don’t take the time to properly vet the venture capitalists with whom they’re forming a partnership. Having capital to move forward is terrific, but it’s not terrific if it’s with the wrong partner. It can lead to a multitude of problems down the line. An agreement between an entrepreneur and a venture capital firm is like a short-term marriage.  A relationship with a VC frequently lasts 7 to 10 years and capital is only one aspect of relationship. All venture capitalists have capital, so somehow it’s the least important part of the equation—it’s what else the VC can bring to the table.  Here are some things entrepreneurs should be looking for in a reputable VC.

Having expertise is key. The right VC should have ideas about how you will create value at your company. They should also be able to connect you with a robust network that helps push your company forward through customer acquisition, talent recruiting, marketing, technology, and relationships that will save the company money. If they aren’t able to articulate how they will connect you with people who will help you drive value that’s a major red flag. It’s also a red flag if they aren’t talking to you about their ideas and sharing their experience on how to scale the company.

Understanding your business and the industry in which sits is critical. Before entering into an agreement with a VC it’s imperative that an entrepreneur ask the hard questions to determine if the VC is truly well versed in the industry. Some of the questions that should be asked include:

Conversely, reputable VCs should be drilling entrepreneurs on what the market landscape is for the company, the company’s projections, costs, margins and plans for expansion. If the VC is not asking these questions, it should raise a red flag.

While it’s important for an entrepreneur to vet a VC before entering into an agreement, it’s equally important for the entrepreneur to be ready to answer some tough questions. Reputable VCs will perform due diligence on the company and, if things don’t add up, they will pass on investment. A lot of deals fall apart because the entrepreneur doesn’t have a realistic idea of the company’s value. It is best if the entrepreneur has a realistic idea of the company’s worth, and its revenue projections and cash burn rate. If you have good projections, you will have a better idea of what you need to do to get your company to sustainable growth and profitability. Be realistic and don’t lie. Reputable VCs will see through inconsistencies. If a VC doesn’t challenge your business case and projections, it’s a red flag.

Plan Ahead and Think Long-Term

Waiting until a company is six months away from running out of cash is not the time to be looking for capital. It’s never good to negotiate a deal under pressure, but unfortunately it happens frequently. Rushing to make a deal often leads to bad decisions. Entrepreneurs also have to think long-term. As companies go for additional rounds of funding, they will have more venture capitalists sitting on their board of directors. It never works well when you have multiple venture capitalists with different visions sitting on the same board. When taking that very first round of financing, and for each subsequent round, it’s important for the entrepreneur to think about who the future board members will be and how they will act as board members. You want to be sure everyone’s ideas align so your company can move forward in a positive direction.